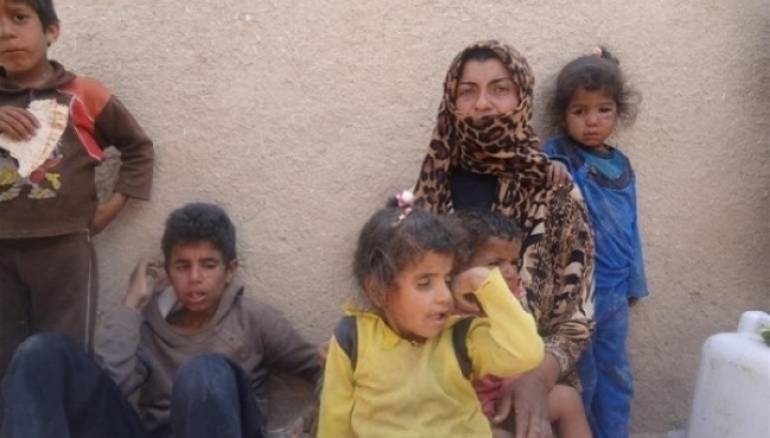 “I ran away with my children and the other people of the village to Abdul-Aziz Mountain, we were too scared”, said Fatima Khazim, a Badee’a resident who fled when Democratic Union Party (PYD) fighters attacked her village under air cover from the US-led coalition.

A report from PYD’s Hawar news agency reported people were scared and were escaping Islamic State (ISIS) fighters, who had controlled the area for the past year.

Residents from Abdul-Aziz Mountain, Tal-Tamer and Mirokat in the western countryside of the Hassakeh province reported that they escaped their villages after facing extensive attacks by Kurdish PYD fighters and air strikes by the US-led alliance. According to the victims, PYD fighters looted and burned houses while destroying the villages.

“My three kids held their hands together – running away with other people, they fell down a hill, they were unconscious when we arrived”, Fatima said, adding “[they] ran away and climbed the mountain barefoot – we stayed there for three days. We ran out of water and food”.

Activist Yasin al-Maeeshi mentioned that people left their villages fearing attacks by PYD forces, after the militias burned the village of Tal-Tamer while arresting many of it residents.

“All villages to the south of the road between Sadik's turn and the village of Badee’a are empty of people under PYD orders after ISIS withdrew”, the activist detailed.

The activist claimed violations had been committed against people who stayed in villages previously controlled by ISIS.

PYD military commander Bolat Jan recently stated on Facebook that the Kurdish militias had avenged the death of Darwishi Abdi who died a century ago, validating claims of the revenge attacks against Arabs.