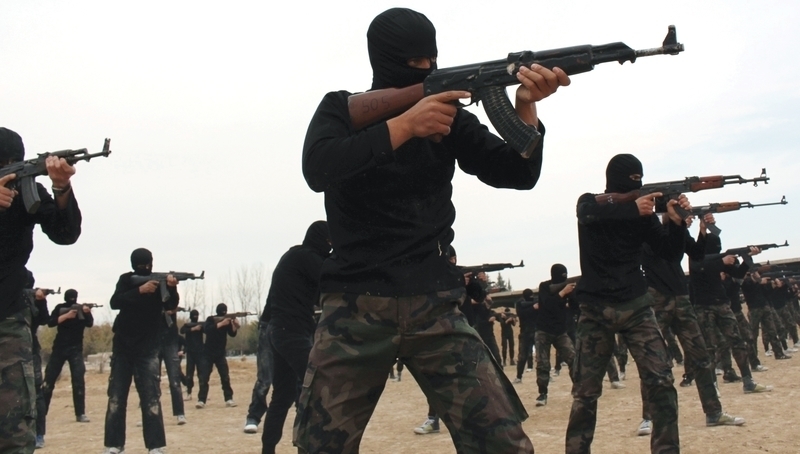 Speaking in an interview to al-Souria Net, Ahrar ash-Sham spokesperson Ahmed Kara Ali said, "the Assad regime has become very weak and it is about to collapse", adding that blows inflicted on regime forces in Idleb were painful.

Kara Ali explained that opposition factions seized strategically important areas in Idleb, and that the regime has lost most of the province with the exception of a few spots, such as Abu Thuhour Military Airport and the towns of Kafraya and al-Fuaa.

The rebel group’s spokesman stressed that the regime army is currently in a state of collapse, claiming that its remaining fighters are largely sectarian militias backed by Iran – such as Hezbollah militias and Afghan mercenaries. Kara Ali noted that the calls that recently emerged to form the pro-Assad Coastal Shield militia are indicative of the state of collapse facing the regime, saying that such calls aim at more sectarian mobilization.

Kara Ali added that regime forces now receive their orders from Iran, explaining that the Iranian forces rumored to arrive in the coastal regions show the Iranian occupation of Syria.

On Jaish al-Fateh’s next moves following victories in Idleb, Kara Ali said: "The Ahrar ash-Sham and Jaish al-Fateh operation room have a clear military plan to control Idleb province and beyond. As long as the experiment has been successful, they will extend the operations to Aleppo, Hama or the coast – we have many options. But our priority is to accelerate the fall of the regime as soon as possible and with minimal losses".

The spokesman pointed to the successive victories that followed the formation of Jaish al-Fateh, a rebel alliance of Islamist forces, as it seized the city of Idleb along with a number of strategic points within the province.

Kara Ali also mentioned the treachery of the Islamic State (ISIS) in the country’s northern Aleppo province: "We were surprised by ISIS’ deceit in the northern countryside of Aleppo. It had an impact on the group’s operations, but it will not stop them. It may ease the pressure on the regime but it will not save it. Fighters of Jaish al-Fateh have already been sent to Aleppo to repel the ISIS attack".

On the talk of a division of Syria and on claims that Assad's ambition is to establish a state on the coast, Kara Ali stressed: "Ahrar ash-Sham and the rebels on the ground will no longer allow Assad's sectarian militias to change the shape of Syria".

He stressed that Ahrar ash-Sham rejects the establishment of Assad's state on the coast, claiming the gourp “upholds that the unity of the Syrian soil is a ‘red line’, and we will face any party that plans to divide our country – we will not allow this", he said.

Kara Ali said that Ahrar ash-Sham is determined to liberate Syria from both the Assad regime and ISIS forces, adding that the rebel movement's clear goal is to overthrow the regime and eliminate ISIS, stating the group’s operations will not stop until ISIS is expelled from Syria.

"We count on our brothers who are fighting and on the Syrian people who showed great awareness of the ISIS threat before Western political analysts did; the rebels also fought ISIS before the international coalition began its campaign. We count on Syrians to prevent this organization from distorting our religion. ISIS’ defeat is inevitable", he added.

Commenting on the conferences convened by the Syrian opposition parties, namely the current Cairo Conference, Kara Ali said; "Ahrar ash-Sham will not reject any solution that ensures the demise of the Assad regime, but such conferences do not have clear terms and guarantees to ensure this. The solutions advertised by some parties that Assad might be part of the future of Syria are certainly rejected, not only by Ahrar ash-Sham, but also by all opposition factions and by the Syrian people as well".