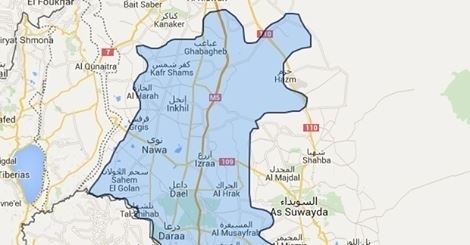 Rebels fighting under the Southern Front coalition captured a major Syrian army base in the south of the country on Tuesday, a monitoring group said.

The UK-based Syrian Observatory for Human Rights said a nearby town and a village had fallen to the rebels in addition to the army base, named "Brigade 52".

"We announce the liberation of Brigade 52", Southern Front spokesperson Issam al-Rayyes told Reuters. Brigade 52 is one of the largest Syrian army bases in the area.

Located less than 100 km south of Damascus, the area is one of the last major rebel footholds not dominated by hardline Islamist groups, like the Islamic State and al-Nusra Front.

Syrian state TV reported earlier that the army had repelled an attempt by a “terrorist group" to infiltrate a military position in the area. The report said a number of the attackers had been killed and wounded, including a rebel commander. The Syrian air force was carrying out raids in the area, it added. Syrian officials could not be reached for comment.

The Southern Front, an alliance of rebel groups, has been coordinating operations against pro-Assad forces from a joint command center in Jordan.