"We are pleased to inform the nation that our fighters will open all battlefronts against the regime in Ghouta and in the north", the rebel group's leader wrote on Twitter 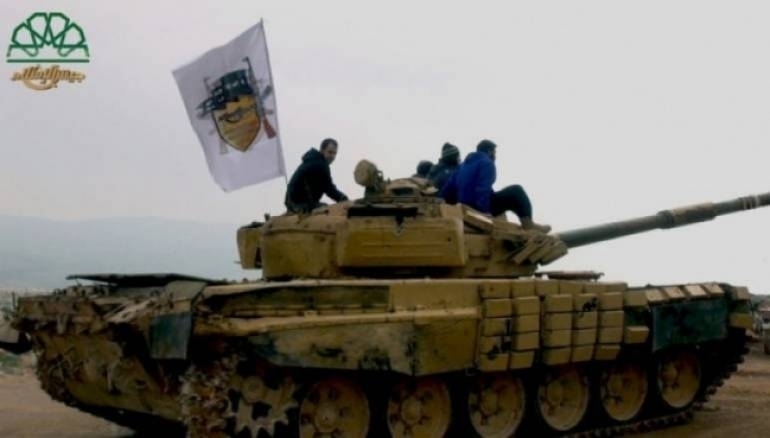 Army of Islam’s chief commander Ali Abdul Baqi said its fighters will open all battlefronts against the regime army and its allied militias, according to his official Twitter account, following strategic gains in Daraa and eastern Qalamoun.

The key rebel group announced on Tuesday an offensive against Islamic State (ISIS) positions in eastern Qalamoun, in an attempt to open a supply route linking the region to the country’s north.

Ali Abdul Baqi wrote on Twitter: “We are pleased to inform the nation that our jihadists (al-Mujahedeen) will open all battlefronts against Kharijite (Bashar al-Assad regime) in Ghouta and in the north".

The Army of Islam said its elite fighters, who operate under the 5th Brigade, are conducting the offensive against the radical Islamist group.

Meanwhile, Southern Front fighters captured a major Syrian army base in the south of the country on Tuesday, a monitoring group said, in a setback reflecting the mounting pressure on Assad's regime after recent losses elsewhere, Reuters reported.

The southern region near the border with Jordan and Israel is one of the most hotly contested areas in the country, where rebels have managed to inflict significant defeats on pro-Assad forces in the past three months, most notably by capturing the Nasib border crossing with Jordan in April.

"We announce the liberation of Brigade 52", Southern Front spokesperson Issam al-Rayyes told Reuters. Brigade 52 is one of the largest Syrian army bases in the area. ‫