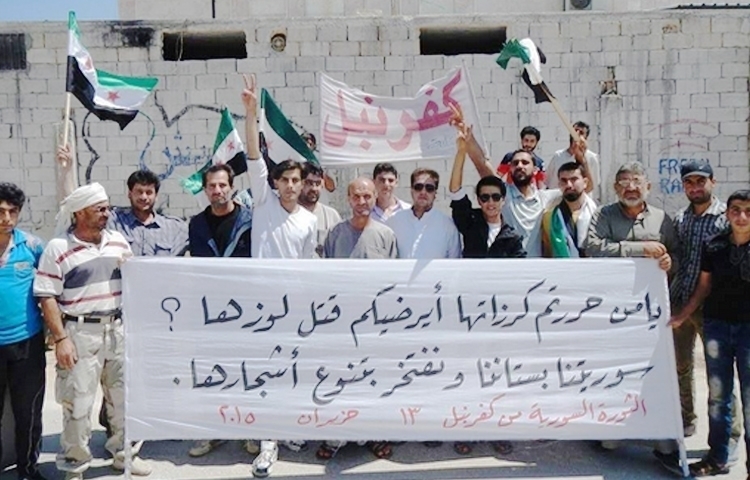 The Nusra Front released a statement on Saturday regarding the murder of 20 Druze civilians in the village of Qalb Loza, northern countryside of Idleb.

The rebel group said it received the incident with “deep sorrow," and that its members acted without reference to their princes, clearly violating orders given to them. The statement said: "Delegations from the Front have set off to reassure the people of the village after the incident, stressing that it is an unjustified error".

According to the statement, "anyone involved in the incident will be submitted to the Sharia court and be held accountable", adding "the Front has always used its weapons only against those who assaulted Muslims, namely regime army criminals and other corrupted groups".

Nusra called for accuracy in the reporting of facts before their publication, adding: "Nusra’s doors are open to all people, and such errors may happen to anyone, but they should always be immediately corrected".

Opposition factions including Ahrar al-Sham and the Syria Rebel Front denounced the massacre in a statement published on Friday, calling on Nusra to try all fighters involved in the incident in front of a neutral Sharia court.

Following the incident, Syria’s Foreign Ministry called on the Security Council and the Secretary General of the United Nations to: “condemn the criminal act and hold the Security Council responsible through the implementation of its resolutions concerning combatting terrorism". Damascus accused the Nusra and Ahrar al-Sham militants of committing a "horrible massacre" against the people of Qalb Loza, after they "slaughtered dozens of civilians, including men and children, and burned dozens of homes".

Lebanese MP Walid Jumblatt accused the Syrian regime of “trying to manufacture a conflict between the Druze and Sunni communities in Syria through encouraging Druze people to take up arms", noting that what happened in Qalb Loza is an "individual error and will be solved through local and international contacts".