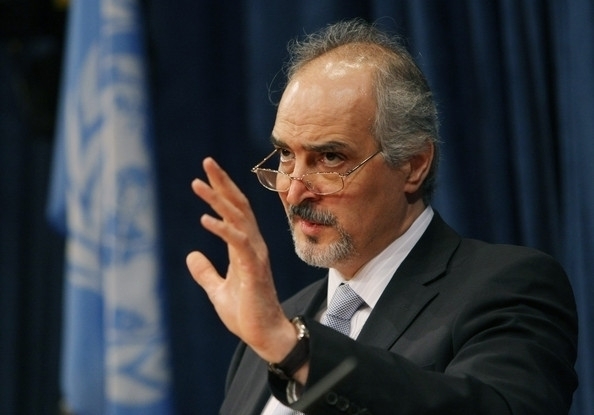 Syrian Permanent Representative to the UN Bashar al-Jaafari stressed on Wednesday that the Syrian government is ready to cooperate with any attempt to establish a peaceful political solution to the Syrian crisis.

In a Skype interview with al-Manar TV, Jaafari said: “The success of the track of Moscow II raised the ire of Syria’s enemies who started to think of non-consensual output among the Syrians themselves”.

“Therefore, the UN Special Envoy for Syria Staffan de Mistura should build on the document, which was the outcome of Moscow II, as the only consensus document between the government and the delegations of the national oppositions, in addition to the outcomes of the negotiations carried out by de Mistura in Damascus and Geneva to pave the way adequately before going to Geneva III, because we don’t want him to fail like others”, he added.

Jaafari added that de Mistura should complete his consultations and pressure Syria’s neighboring countries to stop the expansion of terrorism.

“We can’t go to Geneva III to crown the peaceful dialogue through an inter-Syrian understanding as long as there are states and governments which didn’t abide by implementing the Security Council resolutions and didn’t stop their interference in Syria’s internal affairs, while training camps in southern Turkey, Qatar, Jordan and Saudi Arabia remain open”, Jaafari said.