The People’s Protection Units serve all Syrians – not only Kurds, says YPG commander 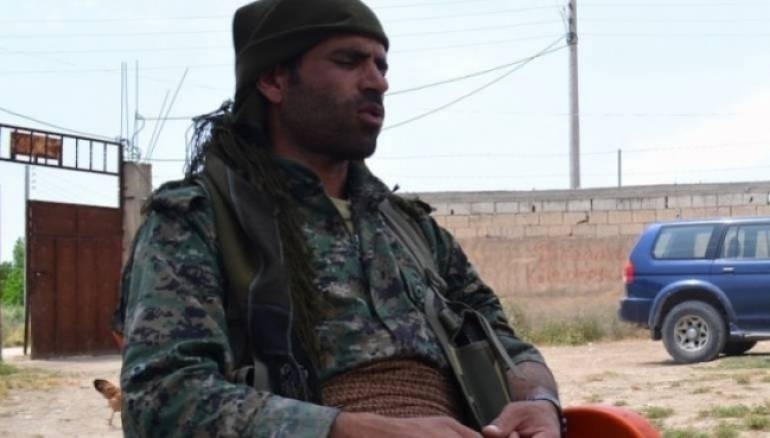 Many politicians and military experts believe Syria’s Kurdish community desires different outcomes from the Syrian revolution when compared to the country’s Arab majority.

Zaman al-Wasl spoke with Haron Kobani, Commander of Kobani’s Western front, to understand his vision of the situation, as well as conflict with Islamists, and the future of Arab-Kurdish relations and the Kurdish People's Protection Units (YPG).

The commander explained that the battle with ISIS is not yet over. Although defeated in the city of Kobani, the group continues to target Kurds in different forms and under different names, as ISIS tries to incite religious and ethnic tension.

“We all realize that ISIS is a terrorist group and that we all have to fight it until it is defeated – they do not only target Kurds in Kobani, but all over Syria too, therefore we have to fight it to protect our area and people”, he said.

Haron Kobani expressed that Kurdish forces are ready to support and defend Arab people, unconditionally, if they are attacked by ISIS. “The People’s Protection Units are for all Syrians, not only for Kurds", the commander explained.

In regards to the future of the YPG, Kobani explained that his forces have no reservations cooperating with a future Syrian national army as long as it serves and protects the Syrian people without discrimination.

Responding to the possibility of an Islamic Syrian government in the future, Kobani explained that the Kurdish community is largely interested in whether the government would guarantee the rights of minorities.

Kobani explained that the Free Syrian Army (FSA) has many factions and battalions, claiming many of them fight for the benefit of the country, while other units have ties to countries like Turkey or ISIS. “We, as Kurds, have friends in the Free Syrian Army, like Burkan Furat and Raqqa’s revolutionaries, who have similar national goals to ours and fight beside us against ISIS”.