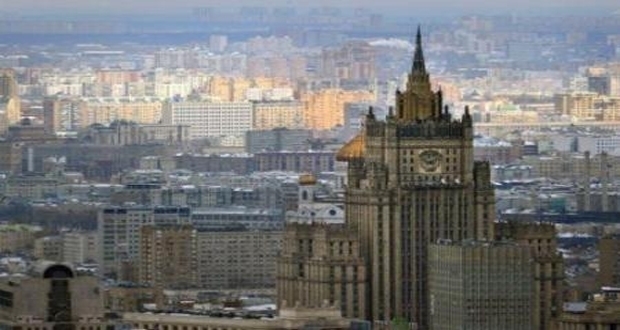 Russia’s Foreign Ministry announced on Saturday that resuming the political process to solve the crisis in Syria will be at the center of upcoming talks between Foreign Minister Sergey Lavrov and Syrian counterpart Walid al-Muallem.

According to a statement released by the ministry, the situation in Syria will be the main issue of the talks in Moscow, “as the hostile forces, namely ISIS and the Nusra Front terrorist organizations, have recently attempted to expand their control in the Syrian territory”.

Eliminating terrorism in Syria is “directly linked to the issue of unifying the efforts of the Syrian government and all the constructive forces of the Syrian opposition, both external and internal, that are committed to an independent and sovereign Syria where all components live together in security and stability”, the statement said.

These issues, it added, entail the need to launch “a direct dialogue between the Syrian government and a wide spectrum of the Syrian opposition on the basis of the full implementation, without selectivity or random interpretations, of the items of Geneva communique issued on June 30, 2012, and without dictations or eternal interference”.

The statement noted that the organization of such a process would be discussed, adding that the officials will also exchange views on the outcomes of the recent meetings in Moscow between representatives of Syrian opposition and civil society groups.

The statement noted that the Syrian-Russian talks will also discuss bilateral issues in various fields, including the continuation of Russian humanitarian assistance to terrorism-affected areas in Syria.

Muallem will visit the Russian capital from June 28-30.