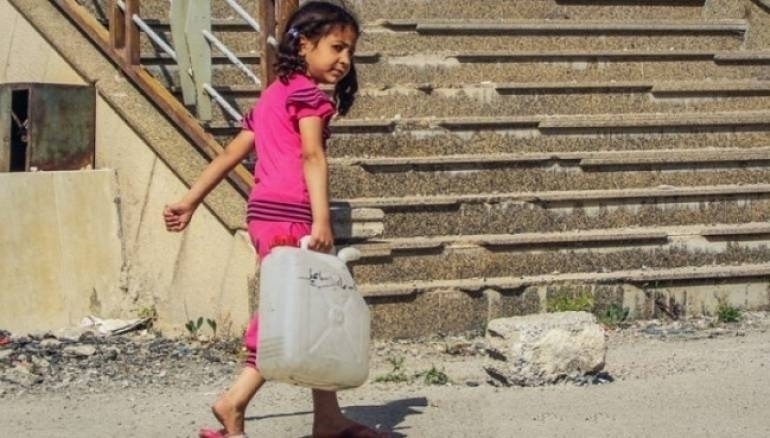 Southern Damascus has seen a recent increase in typhoid cases as the summer season and hot weather impact the region. Dr. Abdul Rahman in Yarmouk camp for Palestinian refugees reported to Zaman al-Wasl that the district had witnessed hundreds of confirmed typhoid cases in July.

The General Medical Body in Southern Damascus issued an appeal a week ago warning locals of the disease. The body recently confirmed 5,844 cases of typhoid, 938 of them in July.

The medical body described the hike in disease rates as “worrying and scary”, blaming the increase on the Assad regime’s siege on the camp, which has prevented the importing of any medication.

According to Dr. Abdul Rahman, the rapid spread of typhoid is mostly due to poor hygiene, resulting from a lack of clean drinking water, high temperatures and the unavailability of medication and antibiotics.

Dr. Abdul Rahman mentioned that 35 percent of Yarmouk residents had shown signs of fever for many reasons over the last two months, most notably among children. Having previously warned of the spread of harmful diseases and infections, Dr. Abdul Rhaman demanded the United Nations and the Palestinian Liberation Organisation (PLO) intervene to allow medications and antibiotics to enter Yarmouk.

The Yarmouk refugee camp has witnessed a shortage of clean drinking water since the Assad regime cut access to a number of basic resources over a year ago.

The exodus of medical staff from Yarmouk camp, usually towards other areas especially those had truces with the regime, has further exacerbated the crisis, especially after the invasion of the camp by the Islamic State (ISIS), as fewer than five doctors remained inside the camp with a small number of nurses and paramedics.