"As illegal weapons affect our homeland security, the illegal trading of the Turkish lira harms our national economy, because part of the economic cycle of cash becomes outside the Syrian economic and financial cycle," anonymous official tells Al-Watan 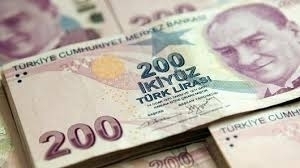 The promotion to trade with official Turkish currency in the northern regions of Syria should be seen as similar to providing arms to terrorists, according to a Syrian government source.

In a statement to al-Watan, the anonymous economic official explained that trading with the illegal currency is akin to trading with illegal weapons. "As illegal weapons affect our homeland security, the illegal trading of the Turkish lira harms our national economy, because part of the economic cycle of cash becomes outside the Syrian economic and financial cycle," the official said.

"The promotion of trading with the Turkish lira aims at supporting the value of the Turkish lira inside Turkey, after the Turkish lira recorded a new decline against foreign currencies, specifically the day after the announcement of the failure to form a new coalition government in Turkey, which is experiencing internal tension and violence," he added.

The official pointed out, "those who had stolen plants and factories from Aleppo and took them to Turkey will not hesitate to promote the Turkish currency in order to discredit the Syrian economy, and try to support the Turkish currency at home. The basic dimension in the promotion of trading with Turkish lira is political par excellence."

Chairman of Syria’s largest commercial bank, Dr. Duraid Durgham, said it is also important to note the size of salaries paid in conflict areas, as the state is still paying the salaries of employees in those areas, and this cash is in Syrian pounds, which confirms that people still rely on the Syrian pound in their daily life. "Even if we assume that trading with Turkish lira has become a reality, the actions to be taken are working on the stability of the national currency in the safe areas, and when the stability is reached, this national currency will spread to the rest of the areas easily and automatically,” Durgham explained.