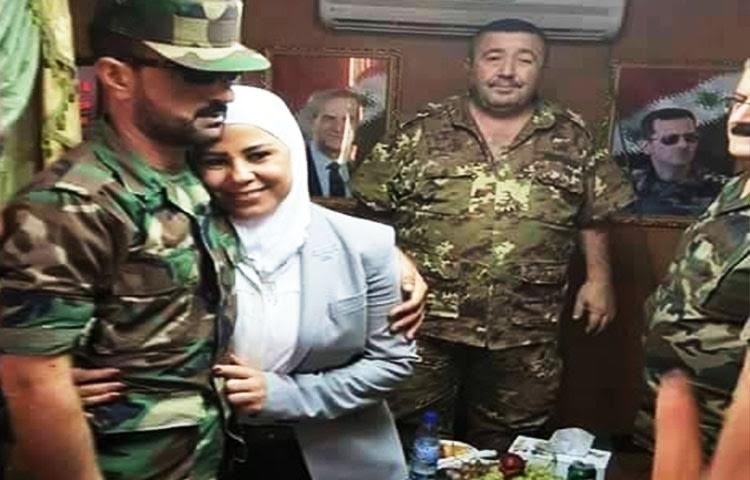 The wave of backlash on social media sites towards the actions of Syrian government ministers has pushed President Bashar al-Assad to dismiss two ministers from his year-old administration.

Social media sites were swamped with sarcasm regarding images of social affairs and labor minister, Kinda Shammat, and army officer Sohail al-Hassan (nicknamed an-Nimir). The barrage of comments were not limited to opposition activists as regime supporters also described the images as "intimate", while others tweeted their views on the image of the minister embracing the officer.

Though the militia loyal to al-Hassan pulled the images and replaced them with more "sober" ones, Assad issued a decree appointing Rima al-Qaderi as Minister of Social Affairs after dismissing Shammat from her post under the pretext of spreading of corruption within the activities of the Ministry, which is responsible for securing the needs of displaced people.

The decree also included the appointment of Jamal Shahin as Minister of Domestic Trade and Consumer Protection after recently dismissing Hassan Safiya from his position, another sign of Assad's caving to the reactions of social networking sites.

Rising consumer prices motivated the wrath of regime supporters in light of low wages and widespread unemployment. Despite repeated assurances by Minister Hassan that there are no intentions to raise the fuel and gas prices, the Ministry of Domestic Trade has decided to raise the cost of gasoline and diesel.

The hike in fuel prices has led to a significant rise in transportation and other commodities. While the Central Bureau of Statistics has stressed the change in prices is linked to the availability of materials and goods in the market – which highlights the real reason behind the rising prices – president Assad has blamed the helpless government, ignoring that the problem lies in the collapsed economy as a result of the war.

Assad has sacrificed two ministers to satisfy the whims of his supporters, who have recently revealed their discontent, in a further step to cover up his security and military failures, and his commitment to defend the interests of his family, chiefly after the controversial release of Suleiman al-Assad.