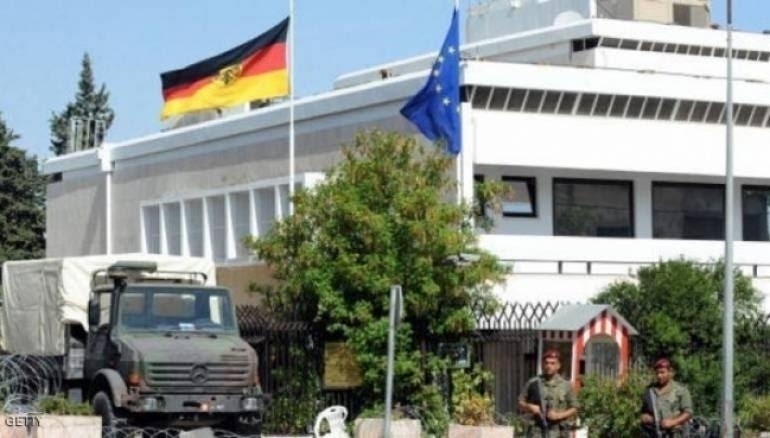 A video portraying a child with European features taken in the embattled Eastern Ghouta suburbs near Damascus has attracted the attention of the German embassy in Beirut.

Dr. Majed Abo Ali commented on the German Embassy's inquiry regarding a girl with blonde hair and a European complexion seen on a video published by the United Medical Office in Eastern Ghouta.

Dr. Abo Ali wrote on his Facebook page that a letter was sent from the German Embassy in Beirut to the United Medical office in Eastern Ghouta requesting contact by phone. The doctor said he received a call from a person inquiring about a video on hunger and malnutrition among children, but was surprised when asked about the name of the young girl and where she lived.

Dr. Abo Ali received a link to the video and discovered that the girl in question was located in Marij Hospital.

Dr. Anas, of Marij Hospital, had hoped the incident would help highlight the suffering of all Syrian children with malnutrition.

Dr. Abo Ali said: “after knowing the information about the girl, I contacted the Embassy and told them that they can send her [a] donation, however, I discovered that they thought the girl was German from her complexion and blonde hair, and thought her unclear words she said because of fever were German words”.

Abo Ali said the incident was disappointing as the German Embassy was clearly only interested in the girl as a German citizen, ignoring the wider suffering of all Syrian children.