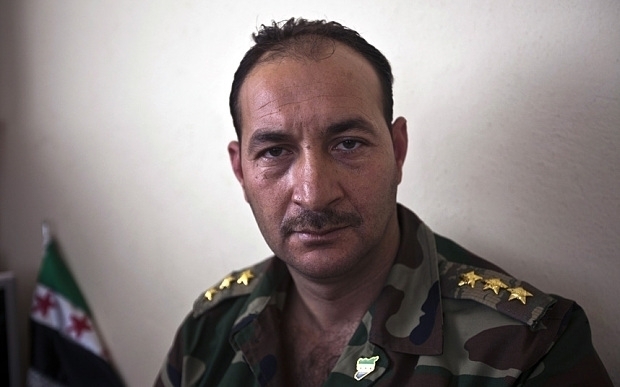 Pentagon-trained ‘moderate’ opposition forces have accused the United States of failing to protect them from Nusra Front fighters.

Division 30 commander Captain Ammar al-Wawi told UK-based newspaper The Telegraph that the US should be held accountable for the deaths of five fighters and the kidnapping of seven others, after failing to provide air cover as promised.

“We knew that Jabhat al-Nusra (Nusra Front) was going to attack us a full 10 hours before it happened and we informed the coalition,” Captain Wawi said. “There should have been full air coverage from the moment we told them, aeroplanes, drones, something so they could strike any convoy that came at us.”

Division 30 is the first faction to graduate from the US-led training program aimed at assembling a local ground force to combat ISIS.

Wawi explained that the 15,000 fighters who US President Barack Obama had hoped to train would need need 38 years to be ready, in a reference to the slow pace of training and the small numbers of participants in the program.

The captain added that many recruits were unable to progress because many refused to approve the rules of engagement developed by the US to not attack the Assad regime.

Nusra Front arrested fighters from Division 30 last month on accusations of serving US projects and interests in the region.