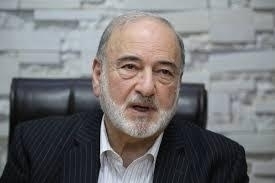 Comptroller-General Mohammed Hikmat Waleed praised the Movement, stating that the "sacrifices and the struggle of the Movement are undeniable", stressing that the commonality between the Brotherhood and the Movement "make it a breeding ground for great cooperation, and offer better opportunities for political and military integration between the two parties."

"This is our vision for all the different Syrian factions on the ground. If Syrians properly invested in this diversity, it would lead to a joint Syrian program to achieve the aspirations of these oppressed people, who wish to establish a country where all are equal," the statement read.

Ahrar ash-Sham Islamic Movement was established in November 2011, following the outbreak of the uprising against the regime. Estimated at about 25,000 fighters, the movement merged with other formations within the Islamic Front in 2014, such as Liwa at-Tawhid, al-Fajr Islamic Movements, al-Iman Battalions, the Army of Islam, Suqur ash-Sham and many others. The power of the movement is largely concentrated in the provinces of Aleppo and Idleb, with a presence in many other Syrian cities.

Syria’s Muslim Brotherhood denies a military presence within the country.