Act is considered a war crime and a tragic loss for both the Syrian people and for humanity as a whole, says UNESCO head Irina Bokova 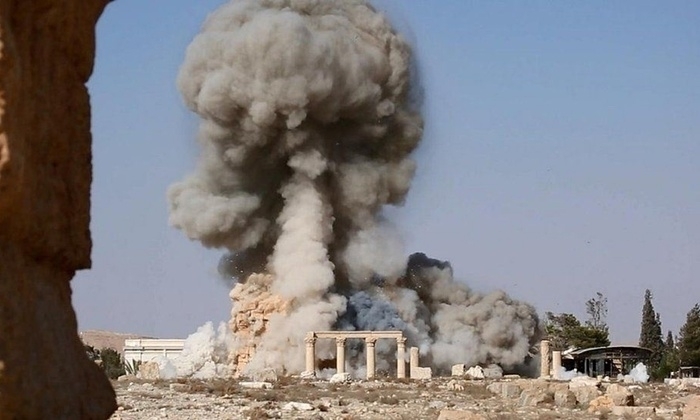 Islamic State (ISIS) fighters have destroyed Baalshamin Temple in the northern neighborhood of the ancient city of Palmyra, Syrian officials and activists say.

The site dates back to the first century AD, and has survived numerous invasions and occupations.

It is considered one of the most important archaeological sites in the world.

ISIS has imposed strict restrictions on the locals of Palmyra since June 20, preventing them from leaving the city after cutting off all means of communications.

DGAM has attempted to contact Palmyra’s residents to gather further information about the destruction of the temple, Abdulkarim added, denouncing ISIS’ “systematic genocide war” and massacres against locals.

“ISIS is bringing in archeological thieves to destroy antiquities by excavation of antiquities, looting and selling them”, Abdulkarim said.

UNESCO Director-General Irina Bokova condemned the demolition of Baalshamin Temple Monday, saying the act is considered a war crime and a tragic loss for both the Syrian people and for humanity as a whole, stressing that the perpetrators of this crime must be punished.

Bokova said that although ISIS is murdering people and destroying important sites, it can never silence history and will eventually fail in its attempts to erase cultures from the world’s memory.

The destruction of the temple, which is considered the second most important monument in Palmyra, raises concerns over the fate of other UNESCO-listed sites. The destruction comes only a number of days after the beheading of former Director of Archeology in Palmyra Khaled al-Assad at the hands of ISIS militants.