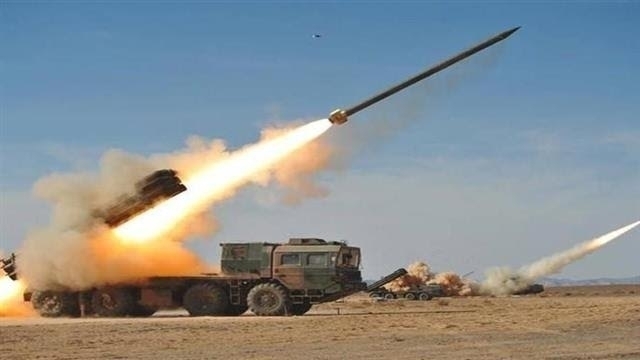 Websites linked to the Free Syrian Army have published images of Egyptian missiles, accusing the Syrian army of using the hardware in the bombing of Syrian areas, namely in the siege of Zabadani.

Observers consider the step a military translation of the recent Syrian-Egyptian political settlement, referred to by Syrian Foreign Minister Walid al-Muallem during a televised interview with an Egyptian TV station linked to President Abdel Fattah al-Sisi. Muallem revealed that Egyptian-Syrian security cooperation is ongoing, hinting at the possible arrival of an Egyptian envoy to the Syrian capital.

Secretary-General of the Arab League Nabil al-Araby expressed his willingness to meet with Muallem at any time, signaling to the possibility of giving Syria's seat at the Arab League to the Syrian state, considered by Egyptian political analysts as a message of courtship from Cairo to Damascus.

Egypt’s hostility towards the Muslim Brotherhood and Ankara – the major Brotherhood supporter – binds Egypt and Syria against a common enemy, with Muallem accusing the Turkish government of "supporting terrorist groups"; a comment well received by the Egyptian press.

For over 50 days, Zabadani has continued to witness fierce battles between armed opposition forces on the one hand, and the regime forces backed by Lebanese Hezbollah on the other. Hezbollah media has reported the death of 64 of its fighters, including two leaders, during the ongoing campaign on the city.

"Turkey and the United States will soon start a comprehensive air operation to expel ISIS fighters from areas in northern Syria on the Turkish border", adding that "detailed talks between Washington and Ankara on these plans have been completed on Sunday, and regional allies may participate in the operation, including Saudi Arabia, Qatar and Jordan in addition to Britain and France," Reuters reported Cavisoglu as saying.

The Turkish minister said: "the technical talks have completed yesterday (Sunday) and soon we will start the operation against ISIS,” stating that the operation would send also a letter to the President Bashar al-Assad to accept negotiations and seek a political solution to the war in Syria.

At the beginning of this month, Turkish sources revealed a decision by Ankara to establish a ‘safe zone’ inside the Syrian border, secured by armed factions of the Free Syrian Army.