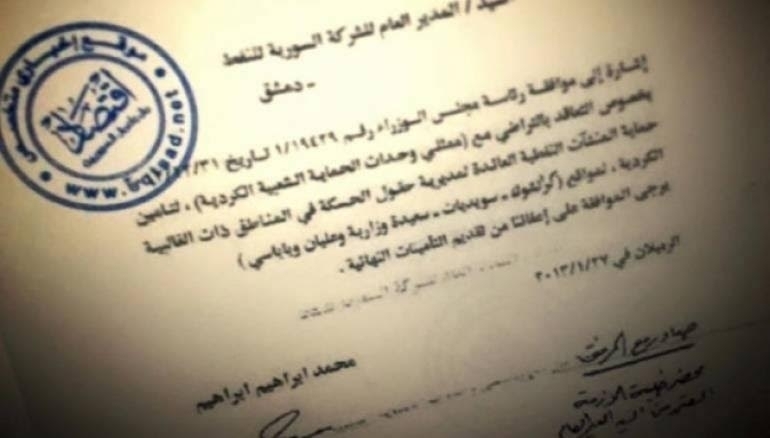 According to documents obtained from Syrian Oil Company archives, the Assad regime has officially recognized the Kurdish People's Protection Units (YPG) as a key partner in protecting oil fields in northeast Syria.

One of the documents, issued by the Director-General of the Syrian Oil Company on January 27, 2013, referred the Assad regime’s contracting of the YPG to protect a number of oil wells in the northeast of the country.

Interestingly, the official documents made explicit use of the terms "Kurdish People's Protection Units Kurdish", and "Kurdish-majority areas."

The Assad regime often describes the Syrian revolution as a foreign plot to divide Syria. However, these documents suggest the regime has officially acknowledged the existence of, and formally cooperated with, separatist ethnic militias.

The leaked documents also revealed that Kurdish organizations working to return Kurdish rights in Syria have cooperated with the Syrian government for more than two years, despite being deprived of their most basic rights under Assad’s regime.