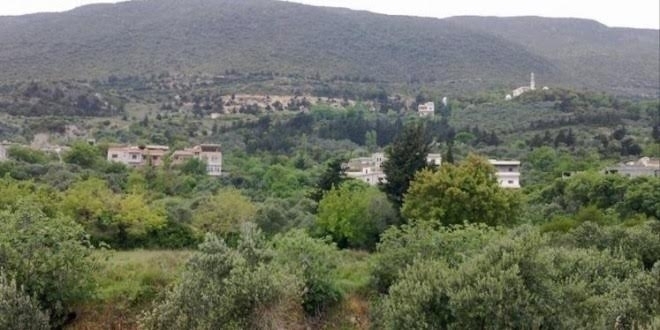 The villages of Suqialbiyah, Salhab, Jourin and Shatha have witnessed considerable unrest among local notables and regime leaders in Hama and Damascus, following heavy fighting between regime forces and Jaish al-Fatah (Army of Conquest) in al-Ghab plain, western Hama.

Speaking to Al-Jazeera, Alawite activist Abu Suhail revealed information obtained from officers in regime forces regarding a recent security meeting in the province of Hama, attended by the province’s Governor, Ghassan al-Khalaf, Colonel Suhail al-Hassan, a number of notable Alawite community members, and security officials in the western countryside of Hama.

The activist noted Alawite elders strongly resented the performance of the regime's security, military and political leaders in light of its defeats in al-Ghab plain, which has increased tension between security and military forces, and Alawite regime supporters.

According to the activist, Alawite elders expressed their dismay because the military and intelligence forces have abandoned their positions and withdrawn after opposition strikes. As a result, Alawite elders have refused to allow regime forces to enter their villages.

"The elders confirmed they would protect their areas on their own. It was a clear signal that the National Defense Forces militias will defend their own villages, and that they don't need the regime's army," he added.

"They are determined to protect their villages by themselves, but they want weapons and air support, and have threatened to leave their villages for rebels to continue their advance towards regime strongholds such as Tartous and Lattakia," Simon said.

The activist added that the Syrian regime has deployed more than 600 militants from the Iranian Revolutionary Guard to al-Ghab plain in an attempt to avoid further "outrage" from local Alawite villages – considered the largest source of pro-regime National Defense Force militia fighters. Simon also confirmed the presence of a large number of Hezbollah fighters there.

On the other hand, reports from western Hama confirmed disputes between Iranian leaders and the Syrian regime due to the regime's successive withdrawals in light of attacks by Jaish al-Fatah fighters.

Simon says the Iranian and Hezbollah fighters have provided logistical, human and financial support to the regime in order to recover the rebel-held areas in al-Ghab plain, while regime troops withdraw as soon as the rebels approach their positions "without resistance”.