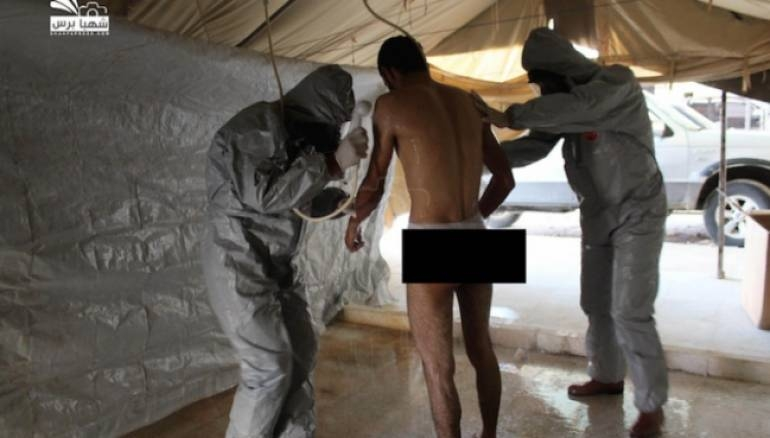 On Tuesday, ISIS fired at least 15 rounds of mustard gas mortar on the northern town of Marea, 20km (12 miles) from the Syrian-Turkish border. Some 25 suffocation cases were reported, medics told Zaman Al-Wasl.

Kurdish authorities stated on Tuesday that they suspected a homemade rocket fired by ISIS against Peshmerga forces in northern Iraq contained chemical substances, accusing the Islamist insurgents of increasing use of chemical weapons, Reuters reported.

The Kurdistan Region's Security Council (KRSC) said that the attack took place along the front line north of Mosul on August 31 and a Peshmerga fighter is being treated at a hospital. The council stated that the attack produced a “considerable amount” of yellow smoke.

Samples taken from another attack site earlier this year tested positive for chlorine; at least two other incidents are currently under investigation.

In a similar attack in Syria, ISIS fired on Tuesday at least 15 rounds of mustard gas mortars on the northern town of Marea, 20km (12 miles) from the Syrian-Turkish border. Some 25 suffocation cases were reported, medics told Zaman Al-Wasl. They said it was the second chemical attack on this border town near Turkey during the previous 10 days.

ISIS now encircles Marea, which falls within the “safe zone” Turkey declared last month that it would set up in northern Syria to keep ISIS at bay, according to Reuters.

The Organization for the Prohibition of Chemical Weapons (OPCW) in The Hague expressed its concern about the alleged use of chemical weaponry in the region. The organization, however, stated that either the Iraqi government or the U.N. Security Council would have to submit a formal request to the OPCW if it were to launch investigations.

This article was translated and edited by Thr Syrian Observer.