Blatant aggression puts Russia beside Iran in direct partnership with the criminal regime in the killing of Syrian people and the destruction of their country, says Brotherhood 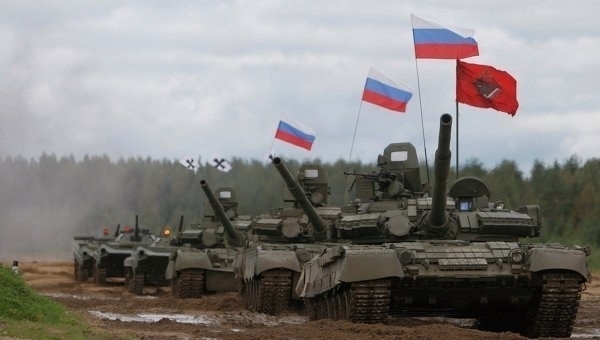 The Syrian Muslim Brotherhood has warned failure to stop direct Russian occupation in Syria would end any hope in a political solution proposed by the UN Security Council.

In a recent statement, the Brotherhood stressed that Russian military movements in the heart of Syrian territory make the permanent Security Council member a direct partner in the war crimes and crimes against humanity committed by the Assad regime, including the targeting of civilians, mass murder, sectarian displacement and ethnic cleansing in all Syrian territory.

"We in the Muslim Brotherhood in Syria affirm that this blatant aggression on our country and our people puts Russia beside Iran in direct partnership with the criminal regime in the killing of our people and the destruction of our country, especially as Russia has always supported the war criminal (President Bashar al-Assad) and justified the killing and the displacement of civilians," the statement said.

The statement added: "This blatant military occupation requires our brothers and friends, not only in the Arab League and the Organization of the Islamic Conference, but also the entire international community to take immediate action to put political and diplomatic pressure on Russia to stop these blatant actions, as they will lead the whole region to disastrous consequences."