The Syrian people trust Moscow's leadership and its intention to participate in the fight against ISIS and Nusra Front, FM tells Russian interviewers 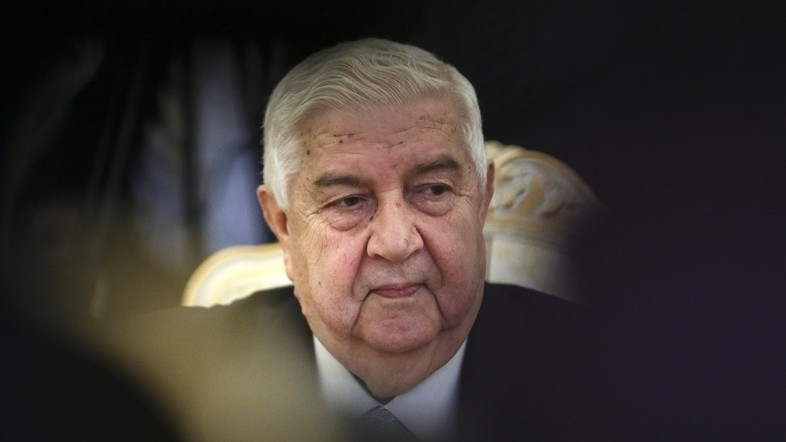 Foreign Minister Walid al-Muallem said Russia’s participation in fighting Nusra Front and the Islamic State (ISIS) will turn the tables on those who have plotted to conspire against Syria.

“There is something new beyond (Russia) providing Syria with weapons, which is Russia engaging in fighting [against] ISIS and Nusra,” Muallem said in an interview aired on Saturday with the Russian RT channel.

“This is a major issue. It is something that will turn the tables on those who conspired against Syria and will show that the US and its coalition have had no strategy for combating ISIS, and the evidence is that they have grasped the Russian message and now want to coordinate and cooperate with Russia,” Muallem added.

The foreign minister clarified Syria’s coordination with Russia as open and transparent, pointing out that Moscow does not hide its will to participate in fighting terrorism.

“We in Syria,” he said, “trust the Russian Federation’s leadership and its intention to participate. What we are doing is open and known to all.”

Muallem explained that Russia is acting under international law and in coordination with Syria, criticizing the US for their unsanctioned military involvement regarding its international coalition against ISIS.

The US is busy counting the number of airstrikes carried out by the coalition and not the results, he said, “because they are ineffective,” stressing that the only force fighting the Nusra Front and ISIS is the Syrian army.

The minister renewed Syria’s welcoming of Russian President Vladimir Putin’s initiative for establishing a wide front of countries to cooperate with the Syrian government in facing terrorism, adding that Syria welcomes any country that is legitimately willing and sincere in its fight against terrorism.

With regards to the ongoing efforts to establish political solution, Muallem stressed that the Syrian government is open to initiating a political dialogue in parallel with efforts to fighting terrorism.

“We don’t want to walk in a dark tunnel. We want to walk in an open path,” he said, stressing it has become clearer that fighting terrorism is the priority. “What the Syrian citizen wants above everything else is security,” Muallem added.