"A military operation on the ground is needed in addition to the air operation," Syria's information minister tells Russian reporters 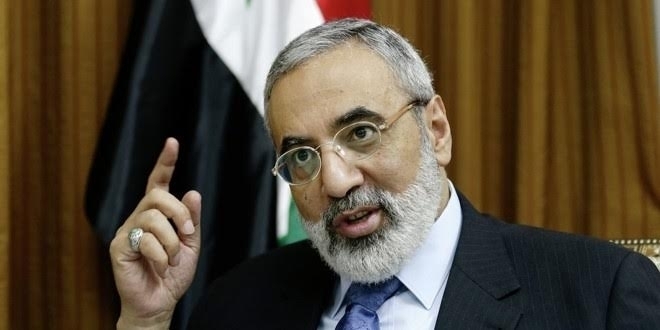 “Of course, a victory over ISIS is not possible only through airstrikes. A military operation on the ground is needed in addition to the air operation,” Zoubi told the Russian Sputnik news agency.

The Syrian army, he said, has experience in this field, and is still capable of engaging in ground battles, adding that when the Syrian leadership sees a need to request military assistance, it will ask its friends, brothers, and allies.

Regarding the prospect of a political settlement to the crisis in Syria, Zoubi said that for Geneva III to succeed, talks should continue for a third conference in Moscow.

“Syria is, of course, closer to holding Moscow III talks … because we have the experience of Moscow III negotiations where we were able to move forward on some of the issues on the agenda. These results showed that a dialogue is up and it has a positive effect,” Zoubi explained.

He said the government is willing to engage in dialogue with any of the opposition representatives, except for armed and terrorist factions, stressing that the so-called “Free Syrian Army” has no actual presence on the ground.

The minister also stressed that President Bashar al-Assad is the guarantor for maintaining the state and for ensuring that a political solution is reached and implemented.

“We, as Syrians, need him now, because we believe that was it not for President Assad and the state and its institutions, primarily the military institution, national unity would have broken,” he said.