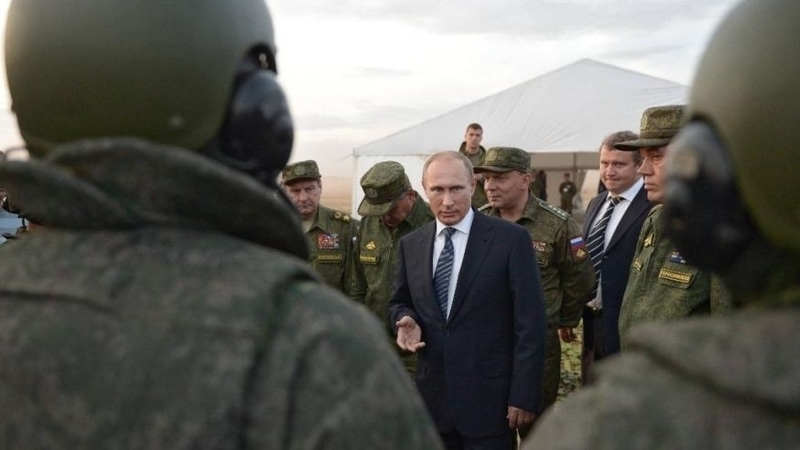 Russian President Vladimir Putin confirmed on Sunday that the time frame of the Russian military operation in Syria would be limited by the Syrian army’s offensive.

In an interview with Russia 1 TV channel, Putin added that the Russian military mission in Syria aims at working to secure stability and create the conditions for a political solution to the crisis.

Putin told reporters that Russian ground operations in Syria would be “out of [the] question,” adding, “Whatever happens, we’re not going to do this, and our Syrian friends know about it.”

Russia has absolutely no desire to recreate the empire or interfere in any sectarian conflicts, said Putin.

The president clarified that the Syria operation was well-planned ahead of time, adding that it was not a spontaneous action.

“We have continuously carried out aerial and satellite reconnaissance, comparing the data we obtained from different sources, and the specialists from the General Staff … in coordination with their partners established, as you know, the Information Center in Baghdad,” Putin explained.

He also maintained that Russia had informed its "American partners and many other partners, particularly those in the [Syrian] region, about our intentions and our plans,” noting that Moscow is not losing hope that other countries will join its operation in Syria.