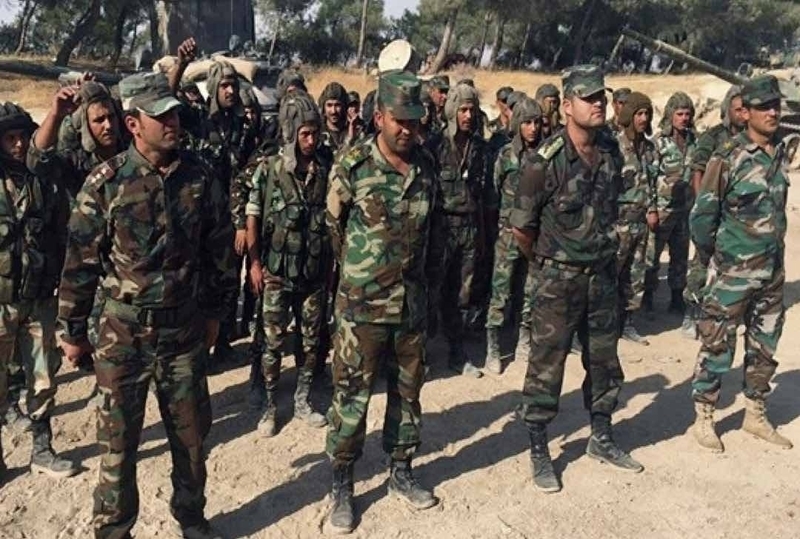 The General Command of the Syrian armed forces announced on Monday army units had established control over the “safe zone” in Aleppo, as well as 13 towns and villages in the provinces of Hama and Lattakia.

The statement said that various armed forces divisions, under concentrated cover fire from Syria’s air force, made remarkable achievements in its operations in the northern countryside of Hama province.

The statement said that operations on both sides of the administrative line between Hama and Idleb provinces resulted in the elimination of many terrorists, the destruction of a number of armored vehicles and ammo depots in Tamane’a, Sekik, and Tal Sekik, in addition to five machine gun-equipped vehicles and three US-made TOW missile launch pads in Oum Harten.

The Command reported that operations also resulted in the destruction of a terrorist command center, as well as weapon and ammunition depots in Ma’aret al-Nu’man, Saraqeb, Haish, Muhambel, Tal Tera’I, east and north of Tamane’a, west of Sekik, south of Khan Sheikhoun, Latamneh, Habbit, and Kafar Nabouda, while 20 vehicles transporting terrorists, weapons, and munitions were destroyed and large quantities of weapons, equipment, and ammunition were seized east of Tal Sekik.

In the northern countryside of Lattakia province, army units established control over the towns of Jub al-Ahmar and Kafar Delbe, in addition to Katef Jouret al-Batikh hills and Ruwaiset Khandaq Jamo, the statement said, adding that army units continued their advance to establish control over the southeastern outskirts of Salma town.