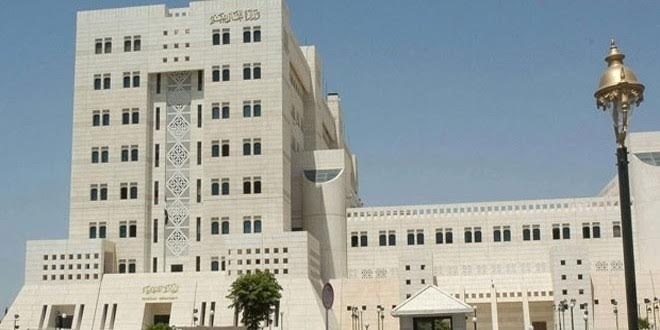 The Syrian Foreign Ministry has asserted that Russia’s efforts in fighting the Islamic State (ISIS), Nusra Front, and other Al-Qaeda-affiliated terrorist organizations has created suitable conditions to ensure the success of the political process in Syria.

In a letter addressed to UN Secretary-General Ban Ki-moon and the President of the Security Council, the ministry said that based on a request from the Syrian government, Russia provided air support for the operations of the Syrian Arab Army against ISIS, Nusra Front, and other terrorist organizations, in addition to targeting bases, camps, weapon and ammo depots, and command centers of terrorist organizations operating in Syria.

The ministry said that Russia’s military support to the Syrian government and army is fully compliant with international law, the UN Charter, international accords on counter-terrorism, and Security Council resolutions 2170, 2178, and 2199, all of which emphasized respecting the unity, sovereignty, and territorial integrity of Syria.

The letter noted that Syria had repeatedly invited the international community to cooperate and coordinate with the Syrian government – unilaterally or bilaterally – to fight terrorism, but these calls fell on deaf ears, with some states even abusing Article 51 of the UN Charter to breach Syrian sovereignty.

The ministry said that Syria deeply appreciates Russia’s efforts in fighting terrorism in compliance with international law and the UN Charter, asserting that Moscow’s achievements are an example that should be followed by other states.