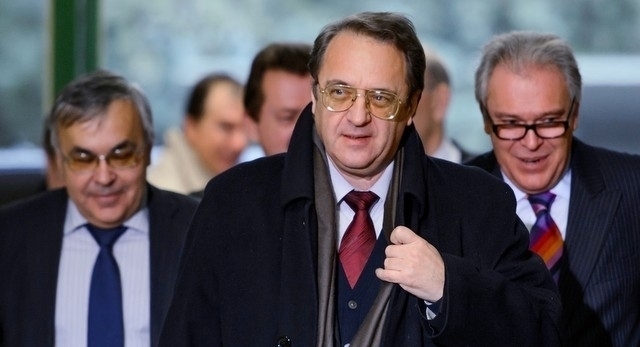 The Russian Deputy Minister for Foreign Affairs, Mikhail Bogdanov travelled to the Egyptian capital to meet with members of the Cairo Conference’s follow-up committee to discuss the commencement of the political solution.

According to a statement issued by the Egyptian Foreign Ministry, Bogdanov met with members of the follow-up committee to discuss the situation on the ground.

The statement added that the committee presented its vision about the importance of beginning the political process in accordance with the framework of the Geneva Conference, in parallel with fighting terrorism.

Egypt’s Foreign Minister, Sameh Shoukry, spoke with Bogdanov in the Egyptian capital on Saturday evening, where they both agreed on the necessity of initiating the Geneva Declaration and the fight against terrorist organizations in order to form a transitional governing body in Syria, the statement added.