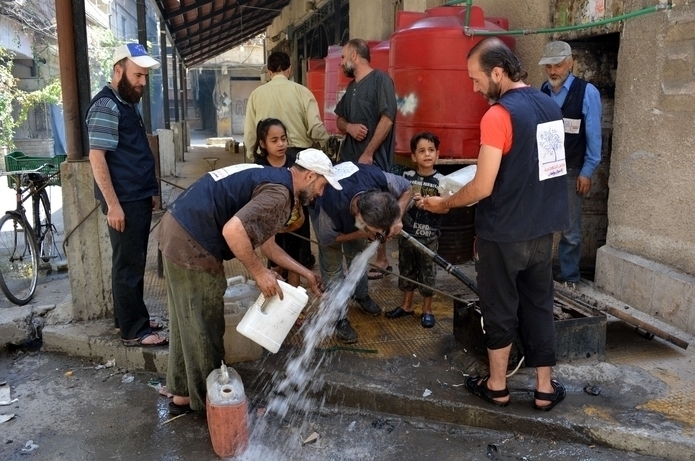 For reasons which remain a mystery, the people of Damascus city continue to suffer from frequent cuts in drinking water as around half of the capital's neighborhoods enter their second week without services.

Some residents say the cuts are the result of ongoing fighting in the countryside of the capital, such as in Fijeh and Wadi Barada, while others have linked the cuts to the repeated shortfall in power supply.

Citizens have complained of the economic burden imposed on them because of their need to buy large amounts of water for drinking and domestic use.

In the areas of Rukn ad-Din, Qaboun and Barzeh, citizens went without water from the government network for 15 days, while regime officials refused to clarify the reason for the cut.

According to testimonies collected from water sellers, the price of 10 barrels of water is about 5,000 Syrian pounds ($26). This water is often stored in unsafe and unsterile mobile tanks, exposing citizens to water-related infections and diseases such as hepatitis and diarrhea.

Military factions in Wadi Barada in the countryside of Damascus announced on June 20 their responsibility for the water cut from Ayn al-Fijeh, as "Assad did not commit to the terms of the truce between the regime and the opposition factions, as well as the arrest of a number of women and children at its checkpoints."

The regime’s General Establishment for Drinking Water and the Ministry of Water Resources revealed in August that the rationing program in Damascus will increase in conjunction with the rise in water prices.