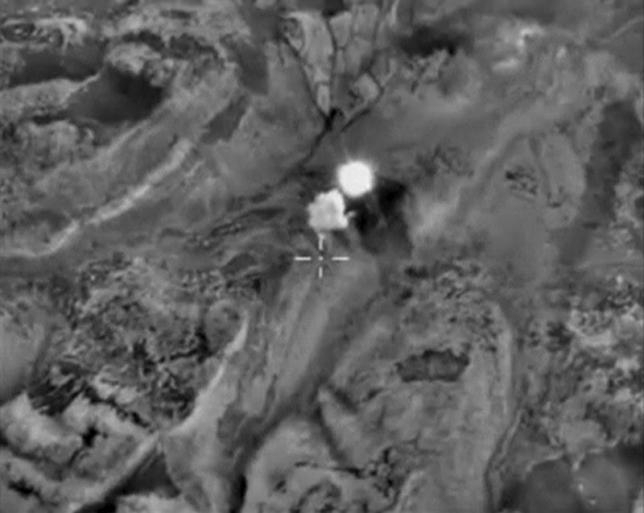 Ministry spokesman Igor Konashenkov said that a Russian Su-24M bomber carried out an air strike on a building where leaders of the terrorist group known as Failaq Omar (Omar Legion) were based in Marj al-Sultan in Eastern Ghouta, Damascus countryside.

Russian aircraft also carried out a concentrated strike on a munitions depot for terrorists in the Talbiseh area of Homs countryside as terrorists were receiving a shipment of mortar rounds and machinegun ammunition, the minister said, adding that reconnaissance verified the building had been completely destroyed, along with the shipment.

Konashenkov said a Su-25 jet also targeted a terrorist base in Khan al-Assal, Aleppo countryside, resulting in the destruction of hideouts, tanks, and armored vehicles, noting that drone reconnaissance indicates the destruction of two tanks and five vehicles used by ISIS.