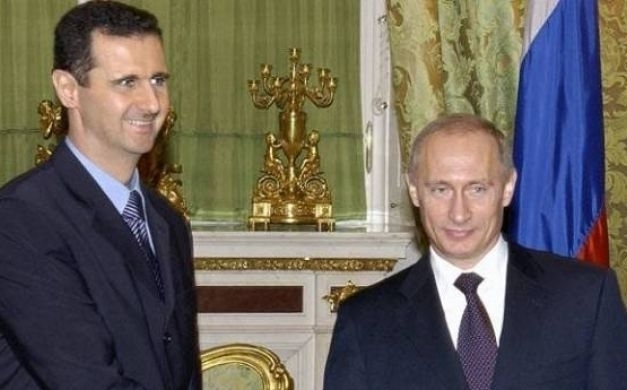 Talks focused on the continuation of military operations, backed by the Russian air force, against terrorist targets in Syria, with Assad briefing Putin on the current military situation in the country and the Syrian army’s plans.

Assad said the involvement of the Russian Air Force in the counterterrorism operations in Syria has helped in halting the spread of the terrorist organizations, noting that the military operation aims to eliminate terrorism that is hindering the political solution.

The Syrian president affirmed Russia’s air operations are being conducted in line with international law, expressing gratitude on behalf of all Syrians for Russia’s support in the fight against terrorism, stressing that political steps will follow military action.

Assad also conveyed hope that cooperation between the two countries will continue during Syria’s reconstruction stage.

The Russian president said the Syrian people have been confronting terrorists “practically single-handedly” for years, withstanding considerable casualties. Lately, they have achieved serious and positive results in this fight, he added.

Syria is a country friendly to Russia, Putin said, adding that Moscow is ready to assist Syria not only with fighting terrorism but also with the political process in cooperation with other international powers to reach a political solution.

Putin said the eventual success of a long-term settlement will be on the basis of a political process with all the political, religious and ethnic forces involved.

“The decisive word, without any doubt, must belong solely to the Syrian people,” President Putin stressed.

A bilateral meeting was also held during the summit, where all aspects of the Syrian-Russian relations were addressed.

President Putin held a business dinner in the honor of President Assad, also attended by the Russian prime minister, foreign minister and minister of defense, in addition to a number of senior Russian officials.