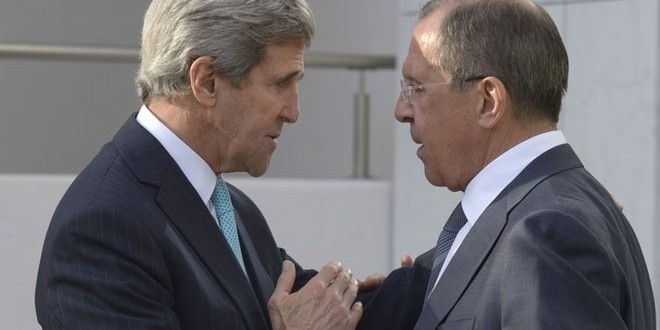 Russian Foreign Minister Sergei Lavrov and US Secretary of State John Kerry have agreed to meet in Vienna Friday along with their counterparts from Saudi Arabia and Turkey to discuss the Syria crisis, Russia’s Foreign Ministry announced.

"The main focus was the situation in Syria in the context of preparations for the meeting between the Russian minister and Secretary of State in Vienna on October 23 where they will be joined by Saudi and Turkish foreign ministers,” the ministry said in a statement after they spoke.

According to Moscow, Lavrov proposed that a meeting of the Middle East “Quartet” – Russia, the US, the European Union and United Nations – be held the same day, given the “extremely tense situation” in the Middle East.

Kerry announced in Madrid on Monday that he will hold a meeting in the coming days with Russian, Turkish and Saudi officials in an effort to find a political solution to the crisis in Syria.