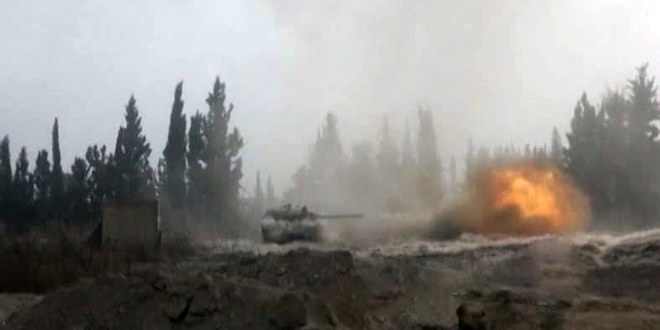 Syrian army units and their allied militias seized control of Jabboul village in the eastern countryside of Aleppo on Saturday, killing large numbers of terrorist forces in the offensive, a military source told SANA.

Syrian army forces defended the local Air Force Academy and attacked an ISIS hideout on the road leading to Raqqa province, destroying weapons and ammunition as well as killing all terrorists inside.

In Quneitra, Syrian forces also seized full control over Dahret al-Kassar in the northern countryside of the province.