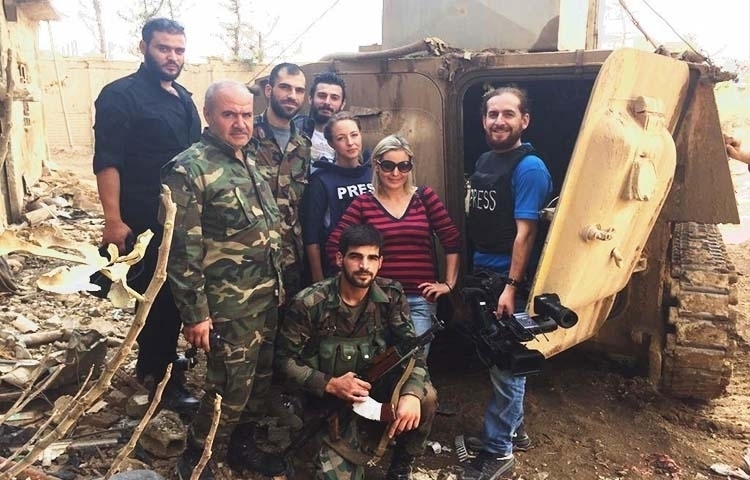 Russia Today correspondent, Lizzie Phelan, and the accompanying crew were targeted by mortar fire inside Harasta city in the eastern countryside of Damascus on Monday, October 26.

According to Phelan's Twitter account, several mortar shells were fired at the team while journalists were stopping in Harasta in order to see the recent developments on the ground, before heading to Jobar.

The crew said they were deliberately targeted, but didn’t accuse any specific party of being behind the incident, while an RT correspondent confirmed that team members left the location for a safer place.

This is the second attack to target the team, as several shells fell on their location last month while covering the clashes between Assad's forces and the opposition inside Zabadani, Damascus countryside.