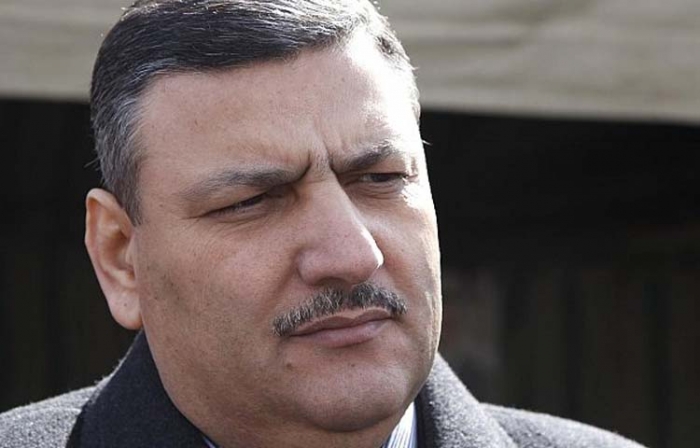 The general coordinator for the opposition’s High Committee for Negotiations, Dr. Riyad Hijab, stressed the “necessity of dealing with the horrific humanitarian situation in Syria as an issue above the level of negotiations, as it is impossible to barter the humanitarian crimes which the regime and its allies are carrying out for political positions.”

Dr. Hijab’s statements came during a meeting with French President Francois Hollande and Foreign Minister Laurent Fabius at the Elysee Palace during a visit to Paris on Monday.

The meeting touched on the most critical developments in the Syrian file and the results of the meetings of the High Committee for Negotiations with the UN envoy to Syria, Staffan de Mistura, in Riyadh.

Dr. Hijab said: “I told President Hollande and the foreign minister that the international community must intervene to stop these abuses and secure a safe atmosphere for a dialogue which is not limited to meetings between representatives of the regime and the opposition alone. The dialogue must include all segments of society and its active organizations under a national program aiming to improve living conditions, build trust and restore national unity. This program must proceed in conjunction with the launch of the political process, which could continue for six months.”

Dr. Hijab briefed the French president and foreign minister on the preparations that the Committee is carrying out in order to launch the political process, including selecting the negotiating delegation on the basis of its capacity and qualification and in line with professional standards.

He stressed that disruption of the political track serves the agendas of terrorist organizations whose complicity with the regime is established.

Dr. Hijab spoke about the need to fill the gaps left by Security Council resolution 2254, which provided some foreign forces space to continue their aggressive agendas, represented in the bombardment of populated areas, in the insistence on categorizing opposition factions as terrorists, as well as in attempts to interfere in the selection of the opposition delegation’s members, reflecting these parties’ lack of seriousness in arriving at a political solution.

He warned of the risks of prolonging the crisis or the response, as well as attempts by the regime and its allies to obstruct the political track and lengthen the extent of the talks.