Rights group says it considers the deliberate demolition of homes, eviction of residents and confiscation of property, “war crimes” 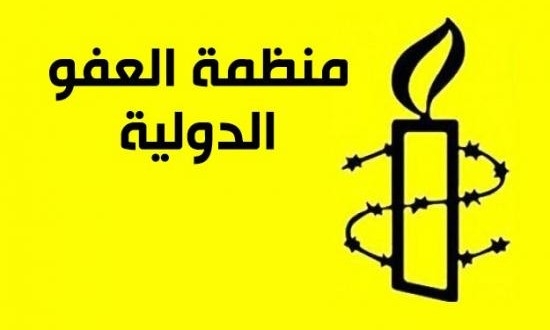 Amnesty International has criticized the Kurdish Democratic Union Party for carrying out serious violations against civilians, including forced eviction, arrests and the demolition of homes.

The organization said in a report published on its website that “the Autonomous Administration has failed to provide civilians with compensation for their losses or alternative housing. Many of the civilians who have lost their homes and properties have nowhere else to go.”

Amnesty International said it considers the deliberate demolition of homes, eviction of residents and confiscation of property highlighted in the report as examples of “war crimes.”

From its side, the Turkish deputy prime minister, and government spokesman Numan Kurtulmus, said last Saturday that his country “will not permit the Democratic Union Party to establish new cantons in Syria, or practice a policy of ethnic cleansing and consolidation against the Turkmen and residents living west of the Euphrates under the pretext of fighting ISIS.”

The secretary general of the Kurdish National Council in Syria, Dr. Abdul Hakim Bashar, condemned what he described as dangerous terrorist practices carried out by the Democratic Union Party against Syrian Kurdish youth.

In a statement last Thursday, Bashar called on Kurdish forces and the international community to put an end to these practices, protect civilians and provide security for them, reaffirming that the Kurds in Syria reject the Democratic Union Party’s projects and policies of starvation, compulsory conscription imposed by force, prosecution, arrest, and the imposition of an ideological school curriculum.