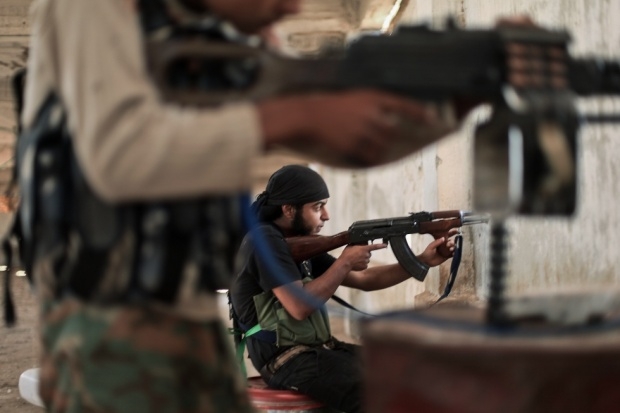 Syrian rebels have recaptured two towns from the rival Army of Revolutionaries (Jaish al-Thuwar) group in the northern province of Aleppo, activists said on Monday.

Rebels have taken towns of Alqamiya and Zeraa near the Menagh Air Base after heavy fighting erupted on Sunday.

Rebels have also taken control of the town of Yani Yaban near the Turkish border from the Islamic State. Dozens of ISIS fighters are reported killed and wounded, a rebel commander said.

Omar Kassouma, a commander in the Sultan Murad Division, told Zaman al-Wasl that rebels will continue their fight against ISIS in then northern countryside until it is fully liberated from ISIS and its main supply route with the eastern countryside is cut.

Meanwhile, the Assad regime is launching a major assault to cut off rebel access to Aleppo city, a security source told AFP.

"Through its operations, the army is trying to broaden its security zone around the city," and prevent the rebels from receiving supplies and reinforcements from the suburbs, the source said.

The broader province is also split, with ISIS present in parts of the east, along with the regime, and rebel groups and Syria's al-Qaeda affiliate, the Nusra Front, in the west.

But with backing from Russian air strikes and foreign fighters, Syria's armed forces are slowly advancing south and southeast of the city.