The Syrian Network for Human Rights (SNHR) has sent an open letter to the leaders of the EU. 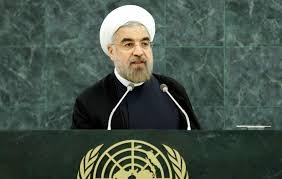 The network said in the letter that the deployment of Iranian militias to fight in Syria has "not stopped since the inauguration of President Hassan Rouhani in 2013."

The letter described the Iranian militias as "sectarian militias" who supported the Syrian regime in "committing crimes against humanity and war crimes."

Therefore, "according to international humanitarian law, the Syrian regime, along with the current Iranian regime, are involved in crimes against humanity and war crimes in Syria," the letter continued.

The letter added that the Iranian regime’s support was not limited to sending militias to Syria, but also incuded public sectarian incitement. Iraqi and Lebanese Shiite militias have been encouraged to go to Syria, to support the Assad regime in multiple ways, and to ignite sectarian conflicts throughout the region.