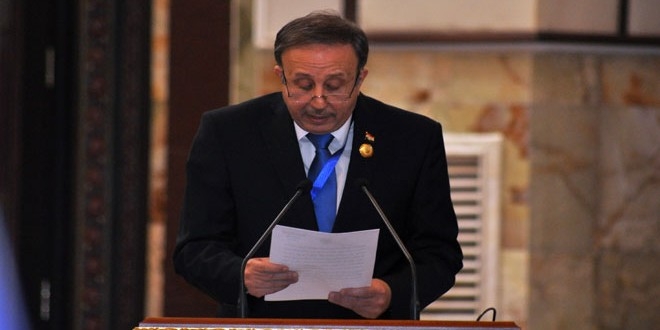 Speaker of the People’s Council Mohammad Jihad al-Laham demanded world governments and parliaments work on fighting terrorism if they are serious and sincere about supporting the Syrian people.

“This needs to be the top priority in any talk or dialogue, because eliminating terrorism is the real path into establishing stability, reconstruction and building a real partnership among the Syrians,” said Laham, addressing a parliamentarian conference held by the Organization of Islamic Cooperation (OIC) in Baghdad.

Laham renewed his call for world countries to follow in Russia’s footsteps and coordinate with the Syrian and Iraqi governments in counterterrorism efforts on the ground.

This, he said, is the only way to get rid of terrorism before it is aggravated and spreads to other countries.

Laham criticized some Arab, Islamic and Western countries that have invested in cross-border terrorism in Syria and Iraq for the sake of achieving private interests, stressing that this exploitation is in violation of a number of Security Council resolutions and the commitments of non-interference as stated in the OIC charter.