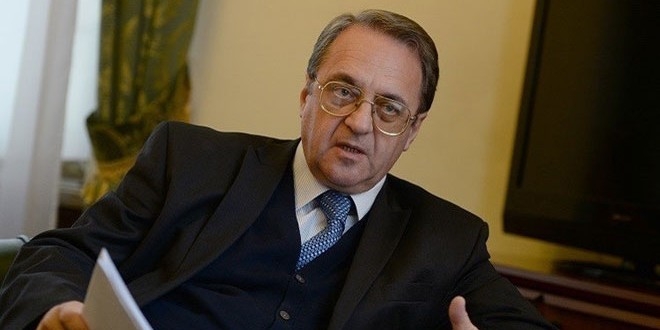 Russian Deputy Foreign Minister Michael Bogdanov stressed that Friday’s peace talks in Geneva will be Syrian-Syrian, affirming that the Syrians alone have to decide who would participate.

“UN envoy Staffan de Mistura would be responsible for the formation of the opposition delegation, not Russia or Turkey,” Bogdanov said in a statement on Tuesday.

He added, “Moscow doesn’t understand how Turkey could announce its boycott of the Syrian-Syrian talks while it won’t participate, nor will Russia, nor the US or Saudi Arabia.”

Earlier, the United Nations announced that de Mistura has sent invitations to the Syrian participants in accordance with the terms of resolution 2254.