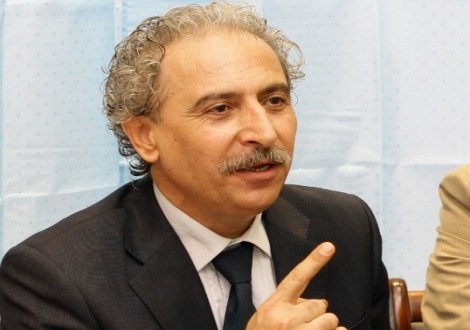 Louay Hussein, head of the Building the Syrian State movement, announced he is withdrawing the conditions for his return to the opposition High Committee for Negotiations after pulling out a month ago, stating his desire to return and adopt all of the committee’s previous resolutions and communications.

Hussein wrote on his personal Facebook account: “I announced my withdrawal from the High Committee for Negotiations on Facebook in an attempt to pressure the committee to resolve some of its disputes, but today the committee is in a position which needs full backing and support. For that reason, I announce I am withdrawing the previously-stated conditions for my return, and relinquishing my previous decision.”

“Today, like any member of the committee, I bear responsibility for whatever decision it takes, and also adopt all its previous resolutions and communications. I have informed them of this and gave them my vote,” he added.

Hussein closed by saying: “My colleagues of the High Committee for Negotiations, I hope for levelheadedness, and that you may know that your mistakes today can be corrected tomorrow. But the blood of Syrians is now in your hands, so preserve it.”