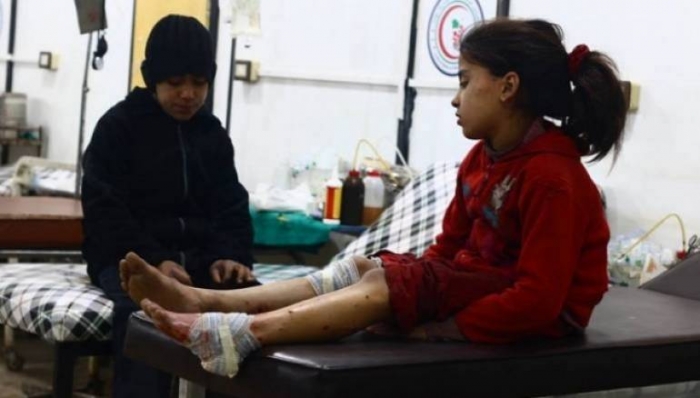 At least seven people have been killed in a cluster bomb attack on the embattled city of Douma near Damascus, medics said on Wednesday.

The unified medical office of the rebel-held city, 10 km northeast of the captial, said women and children were among the casualties.

The aerial bombings have extended to other Eastern Ghouta suburbs as clashes take place near the towns of Nashshabiya and Housh al-Salihiya.

In northern Aleppo province, more than 500 people, including dozens of civilians, have been killed since a major Russian-backed government offensive in Syria's Aleppo province began this month, activists told AFP on Wednesday.

The Britain-based Syrian Observatory for Human Rights said the toll of 506 people included 23 children killed in Russian air strikes on Aleppo city and its surroundings since the operation was launched on February 1.