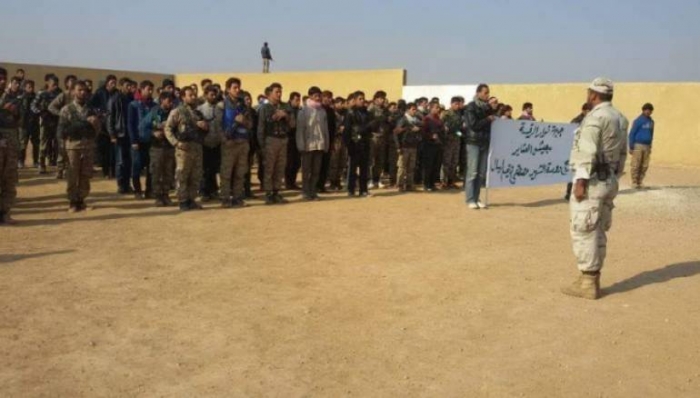 The Jaish al-Ashaer (Tribal Army) rebel group in northeastern Syria has joined a Kurdish-led alliance backed by the United States and Russia, a source told Zaman al-Wasl on Wednesday.

As the Syrian Democratic Forces (SDF) make further gains in the west and east of Syria, taking ground from the Islamic State group and moderate rebels, the group is seeking to expand its units by including more indigenous fighters from Syrian tribes suppressed by ISIS, activists said.

Two weeks ago, the SDF arrested around 150 tribesmen in the Raqqa province after refusing to fight ISIS under its banner.

SDF fighters have waged a series of raids on the Arab villages of Soukariyeh, Tyba, Eastern Tel Abyad, Antar and Ali Bajabla. Most of the abducted tribesmen were members of Jaish al-Ashaer.

The SDF were formed in mid-October through an alliance between the powerful Kurdish People's Protection Units (YPG) and a number of rebel groups including Arab and Assyrian militias to fight ISIS. But weeks later the SDF forces turned their fight against moderate rebel groups amid reports of secret coordination with the Assad regime forces and Russia.

Meanwhile, Syrian activists have accused the SDF of looting public and private property in areas it controls in the northern province of Aleppo.

Jaish al-Thuwar, key unit in the Syrian Democratic Forces, which is now in full control of vast swathes in Aleppo, has looted civilian homes in the newly-captured town of Tel Rifaat and its nearby villages, residents told Zaman al-Wasl.