Deadly strikes targeted “what remained of the al-Hayat market in the town,” according to local social media 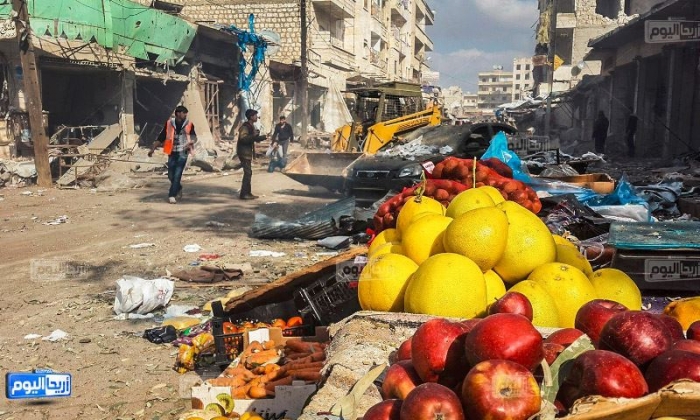 At least eight people were killed and more than 20 others were wounded when two air strikes struck a market in the town of Ariha in the Idleb countryside on Wednesday afternoon, February 24.

The “Ariha Today” Facebook page recorded eight victims from the attack on the market, and two from another strike on residential areas in the city. The two strikes targeted “what remained of the al-Hayat market in the town.”

Enab Baladi’s correspondent in the city reported that the town had been hit by four air strikes since the morning, adding that other areas in the Idleb countryside had been targeted, like Saraqeb and Harabnoush.

The “Idleb News Network” confirmed that three people died, including a child, and several other people were wounded, in air strikes on the town of Harabnoush, while one person was killed and others wounded by the strike on Saraqeb.

Towns and villages in the Idleb countryside, including Ariha, are subjected to bombardment on a daily basis, often resulting in many casualties. In January, an attack on the town killed nine people when the main market was hit with vacuum bombs.