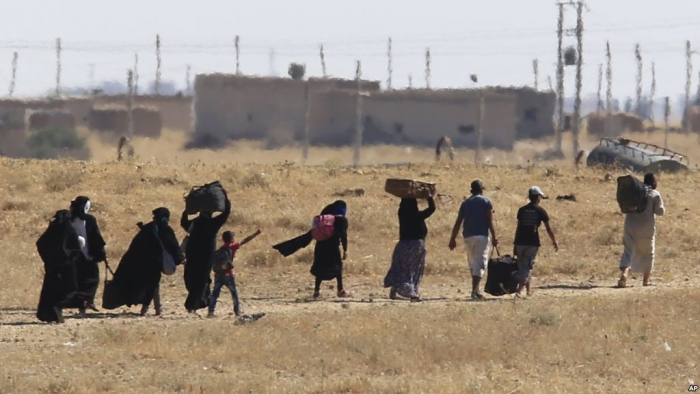 Weeks ago, Asayish cancelled a decision demanding displaced Arab families, who are fleeing the ongoing fight between the US-formed Syrian Democratic Forces (SDF) and Islamic State group in northern Syria, to have a Kurdish sponsor.

Meanwhile, the co-chair of the Kurdish-led Syrian Democratic Council, Elham Ahmed, proposed a plan to the UN through media outlets to designate SDF-controlled areas as the location for a Syrian buffer zone instead of the planned Turkish zone.

"The aim of the PYD and (its armed wing) the YPG is clear, just like [ISIS] they want to divide Syria to form their own management," Cavusoglu told Anadolu Agency in an interview broadcast live on television.

"As the international support group, our aim is not to divide the Syrian territory but to protect its territorial integrity," Cavusoglu said.