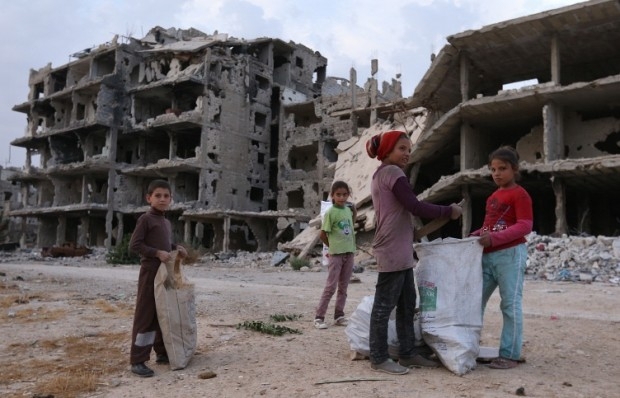 Syria’s opposition will stick to the cessation of hostilities that was brokered by the United States and Russia despite what they said were 15 violations by Syrian government forces on Saturday and more breaches on Sunday, spokesman for the High Negotiations Committee Salem al-Muslat said.

The truce emerged after the U.N. Security Council, meeting in New York, voted unanimously to endorse the agreement to halt the brutal conflict that has left more than a quarter-million people dead, sent millions seeking refuge around the world, and facilitated the spread of the ISIS in Syria, Iraq and far beyond.

‘‘Let us pray that this works,’’ U.N. envoy Staffan de Mistura said in Geneva, after meeting with representatives of the countries sponsoring the accord. ‘‘Because, frankly, this is the best opportunity we can imagine that the Syrian people have had over the last five years … to see … something related to peace.’’

The HNC announced earlier that 97 opposition factions had agreed to respect the truce, for two weeks initially. Muslat said none of those groups had responded to the violations on Saturday.

“The decision is to remain quiet, not to do anything, and I believe they will stick to the truce,” Muslat said. “Yesterday was the first day people can really go out and walk in the streets.”

“For the opposition forces there, nobody reacted because the decision is to remain quiet and I believe they will stick to the truce.”

The deal was “the first step in the right direction” to bring the bloody conflict in Syria to a halt, Muslat added.

The HNC spokesman also assured that people in Syria are relatively “relieved,” despite the "violations here and there.”

“That is our main objective — for our people there to be safe from this fear that has been there for five years now.”

Muslat also said the HNC would lodge a formal letter of complaint with the United Nations and countries backing the peace process about alleged Russian airstrikes around the city of Aleppo, in an area with no fighters from the ISIS or Nusra Front groups, which are excluded from the truce.

Syrian military, however, denied on Saturday that the army was violating the truce.

Muslat added that the opposition was expecting answers about how the cessation of hostilities in Syria, which came into effect at midnight on Friday, was being monitored. Also, neither punishments for violations nor positions of fighting groups were clear, he said.

“Until this moment we did not really get any answers,” he said. “This really worries us because we don’t know how to deal with any violations and what are the areas that should not be targeted.”

He said the United States should notify the HNC, and should have involved them before backing a U.N. resolution on the cessation of hostilities.

Muslat also blamed the United States for not being firm on mentioning the HNC specifically in the resolution, which paves the way for a round of peace talks in Geneva on March 7.