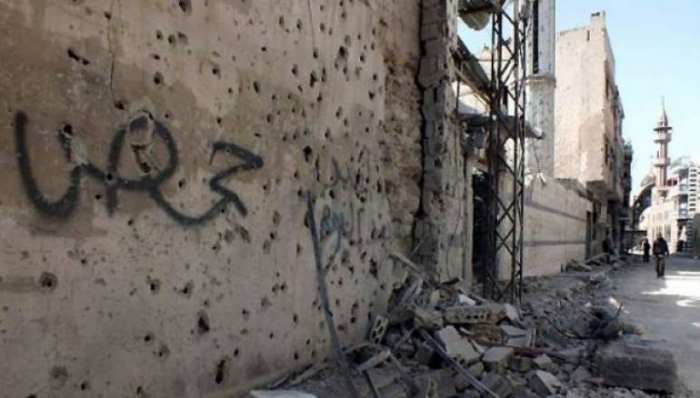 Activists on Sunday circulated a video online showing prisoners from Homs Central Prison protesting against the regime’s attempt to release 200 detainees to join the paramilitary National Defense Forces in its battles with the Islamic State group.

A prisoner, speaking by phone to Zaman al-Wasl on the condition of anonymity, revealed that the prison’s manager had asked a detainee to register the names of inmates who were willing to be freed on the condition they join a voluntary brigade for the pro-regime NDF, to fight on the eastern countryside front near Furoqlus.

The source revealed that almost 100 prisoners of different criminal backgrounds had been registered without taking into account their crimes or period of imprisonment.

According to the source, prisoners stole the list and demanded an end to the plan, forcing the prison administration to cancel the idea.

Prison officials had intended to send volunteers to the frontlines to fight ISIS while pro-regime officers would supervise them, punishing or killing those who attempt to escape, the source said.

The regime chose to form the volunteer brigade to fight ISIS only a day after the implementation of the U.S.-Russia-brokered cease-fire agreement in Syria.