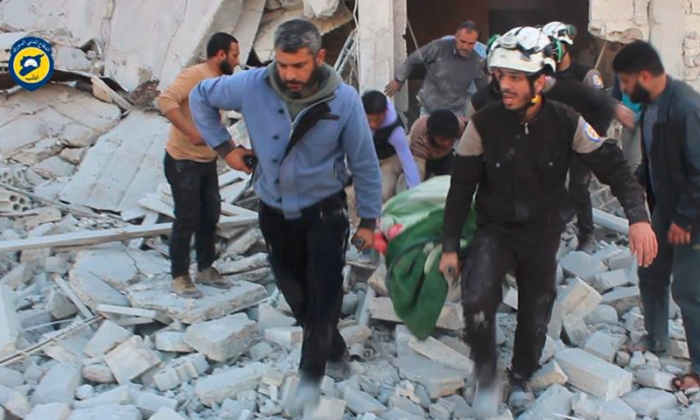 The Syrian Network for Human Rights documented 44 truce violations on its third day in a report issued on Tuesday, March 1.

The report said that government forces were responsible for 20 violations through military operations, while it recorded 17 other breaches through arrests carried out by the regime.

The report documented six violations at the hands of Russian forces, while indicating the Kurdish People’s Protection Units (YPG) were responsible for just one breach.

The breaches by military operations were distributed throughout nearly every Syrian province, according to the Network. It documented four violations each in Homs and the Damascus countryside, five each in Idleb and Hama, and two in Lattakia by government forces.

Russian forces carried out five violations in Hama and one in Aleppo, while the report recorded one breach in Aleppo province by the YPG.

Government violations by arrests included four in Damascus, three each in Lattakia, the Damascus countryside and Aleppo, and two in both Hama and Homs, while 13 civilians were killed, including three children – 12 of them by Russian forces and one by the Kurdish units.

The report considered the biggest danger to the truce the possibility of strikes by the Syrian regime “and its Russian partner” on areas under Syrian opposition control in the north, specifically the pretext of the Nusra Front’s presence.