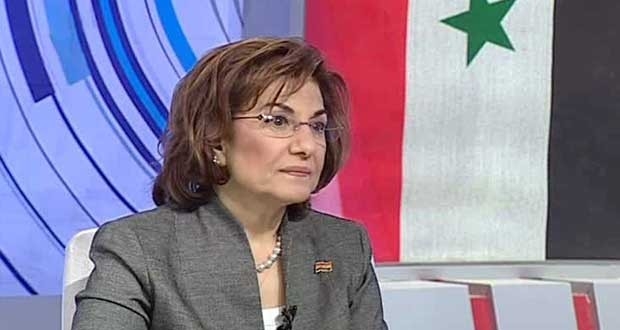 Presidential adviser Bouthaina Shaaban stressed that the Syrian government’s delegation to the current round of Geneva talks is dedicated to the “country, people, territorial integrity and the independence of our decision.”

Speaking in an interview with al-Manar TV on Monday night, Shaaban said the most important thing for Syria is eliminating terrorism, and restoring security and territorial unity, since Syrians would not accept anything but a united country.

“The Syrian government respects the cessation of hostilities agreement,” Shaaban said, expressing hope that the truce would be a chance for those fighting to return to their homelands, stressing that the process of national reconciliation is going well.

Shaaban stressed that “there is no contradiction between Syrian policy and that of the Russian ally,” reaffirming that “Russia deals with Syria with full respect and everything between the two sides is discussed, agreed upon and the relations between them is excellent.”

The presidential aide affirmed that the upcoming parliamentary elections, scheduled for April 13, are a constitutional duty for the Syrian people, adding that nobody can interrupt constitutional term limits.