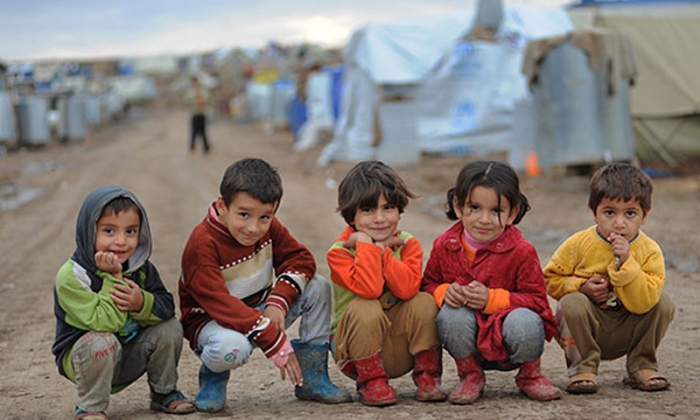 At least eight million children in Syria and the neighboring countries are in need of humanitarian aid, including 2.4 million Syrian refugee children, according to a report published by the UN agency for children, UNICEF.

The agency said on Monday, March 14, that 3.7 million children had been born since the start of the conflict in Syria, about 306,000 of them born as refugees, meaning that one of every three children only knows Syria as a place of destruction, devastation and violence.

In the report, titled “No Place for Children,” the agency added that there were about 2.8 million Syrian children in Syria and neighboring countries who were not attending school, and more than 200,000 children blockaded in various areas in the country.

Throughout 2015, around 400 children were killed, according to UNICEF, while the agency recorded close to 1,500 cases of multiple violations against children in the same year, including killing and maiming resulting from the use of explosive weapons in populated areas.

Regarding the recruitment of children in the fighting, the agency said that investigations proved that of UNICEF-verified cases of children recruited in 2015 over half were under 15 years old, indicating that fighting groups recruited small children – some of whom were not more than seven years old – by giving them gifts and salaries that reached 400 dollars a month.

The regional director for UNICEF in the Middle East and North Africa, Peter Salama, said that millions of children had been forced to grow up too fast and ahead of their time because of the years of war they had experienced.