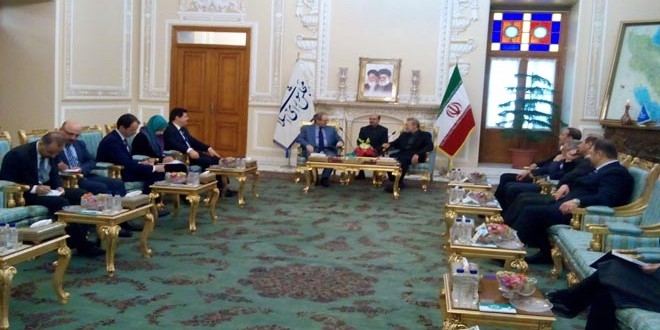 Russia’s withdrawal of forces in Syria was coordinated between Damascus and Moscow after major results in the joint fight against terrorism had been fulfilled, Deputy Foreign Minister Faisal Mikdad said.

During a meeting Tuesday with Iran’s parliament Speaker Ali Larijani in the Iranian captial Tehran, Mikdad affirmed that the Russian role in combating terrorist organizations will continue as the coming days will see more joint operations in the Syrian desert.

The deputy foreign minister hailed Iran’s support for Syria in a way that has helped to enhance its steadfastness and stance in combating terrorism and alleviating the impact of the Western-backed sanctions imposed on the Syrian people.

In turn, Larijani affirmed that Iran will continue supporting Syria and its people in facing terrorism, hailing the achievements of the Syrian army and its allies on the ground.