Syria says presidents agreed to the military scale back in a phone call, adding Russia will continue to offer support in combating terrorism 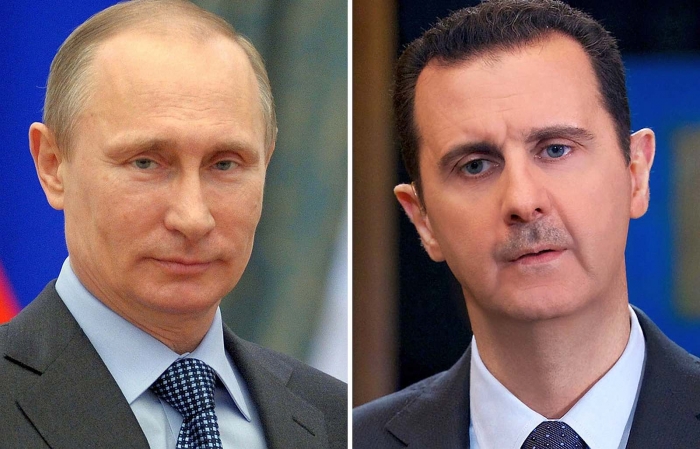 The decision to decrease the number of Russian air forces in Syria was agreed upon during a telephone call between President Bashar al-Assad and his Russian counterpart Vladimir Putin, according to the Syrian presidency.

“After the successes achieved by the Syrian army, in cooperation with the Russian air force in combating terrorism and the restoration of security and stability to many regions in Syria… Presidents Bashar Assad and Vladimir Putin (agreed) to decrease the number of the Russian air forces in Syria to cope with the current field stage and the continuation of the cessation of hostilities,” the presidency said in a statement published on its official Facebook page.

Meanwhile, in Moscow, the Kremlin announced that during the phone call the presidents discussed the positive impacts of “the cessation of hostilities” in Syria.

“The two sides expressed in a joint point of view that the cessation of hostilities has contributed to a sharp retreat in the bloodshed in Syria and an improvement in the humanitarian situation in the country, preparing suitable conditions for the start of the political settlement process under the auspices of the United Nations,” the Kremlin said in a statement.

It added that Assad and Putin pointed out that “the task of the Russian air force has allowed for achieving a turning-point in combating terrorism, dissociating its infrastructure and inflicting heavy losses in personnel.”

The statement noted that the Russian air forces have carried out their main objective and that an agreement was made to withdraw the largest part of Russia’s forces from Syria, adding that a small force will remain to observe that the terms of the ceasefire are met.

The Kremlin added that Assad “reiterated Syria’s readiness to start the political process as soon as possible,” hoping “the Syrian-Syrian dialogue in Geneva would give tangible outcomes.”